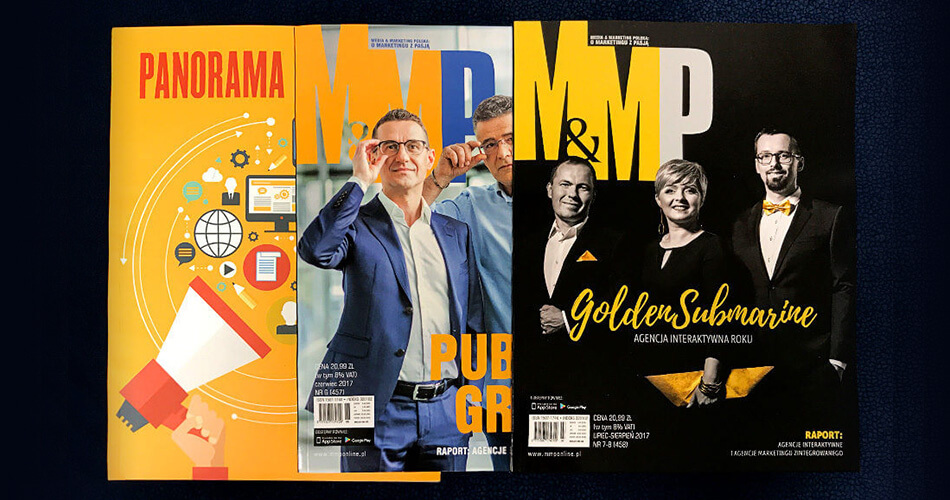 Elaborating on the subject of how to seek agencies you want to invite to tender, I prepared a ranking list of Polish advertising agencies. While reading the below rankings, you should rely on your experience and make allowances for particular nature of the rankings. After all, one acceptable by the entire sector ranking simply does not exist. Read, analyse, and leave your comment ;)

For years, two Polish monthlies – Media i Marketing Polska and Press, have devised the most trustworthy and cross-section rankings. Thanks to them, you can base your opinion on the companies in the advertising sector. Also, both journals publish editorials on changes in the sector that occurred during the previous year. The most recent rankings come from 2016.

Built on surveys filled out by Polish agencies for years, the report drawn up by Interaktywnie.com is also worth remarking. Submitting revenue numbers is the prerequisite for an agency to be included in the ranking. Since it is not customary to flaunt your success, the rating is lacking a number of relevant players. Nevertheless, it is worth checking out. The most recent one is from 2017.

In all three ratings mentioned, you can find the biggest Polish advertising agencies; however, since revenue is crucial criteria, as mentioned above the rankings are rather unreliable. When on the lookout for the biggest agencies, comparing the number of employees can be quite helpful. In our sector there is little scalability and thus the number of employees can indirectly indicate agency revenue / size.

Up until 2012 www.internetstandard.pl created its own Internet sector company ranking. But the last ranking from 5 years ago is significantly outdated. After all, we are in 2017 J

For the purpose of PR, very often various kinds of competitions establish ratings based on the number of awards agencies or agency networks are granted. Competition ratings are drawn up this way. Below there are three competitions that compile their rankings.

Organised by the IAB, the competition focuses primarily on interactive marketing and communication on the Internet. Selecting the agency of the year is one of the contest special categories. The winner is selected on the basis of votes cast by the laureates from previous years and points awarded for submitted works. Here you can see the list of 2016 agency of the year nominees: https://mixx-awards.pl/nominacje/

Organised by the Association of Marketing Communication SAR, the contest concentrates on the effectiveness of marketing solutions. Advertising agency rating is created in compliance with the number of awards won in the contest.  Nominated and awarded works published in an album, are worth to get a closer look at. You can easily find the 2015 and 2016 ratings.

Organised by the Association of Marketing Communication SAR, it places emphasis on creativity.  As in the case of the Effie Awards, advertising agency ranking is created on the basis of the points the agencies are awarded for their works submitted for the competition. 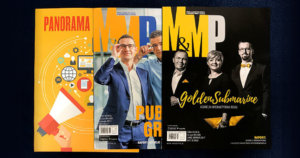